Valentines Day has come and passed. Do you or someone you know suddenly have a wedding to plan? Congratulations! This is a popular time of year to pop the question. Don’t let what comes next stress you out. Organizing your own wedding can be fun, classy, and less expensive than you think. Read tips from Jaime Borschuk, a web designer, musician, and recent bride who rocked her DIY San Francisco wedding. 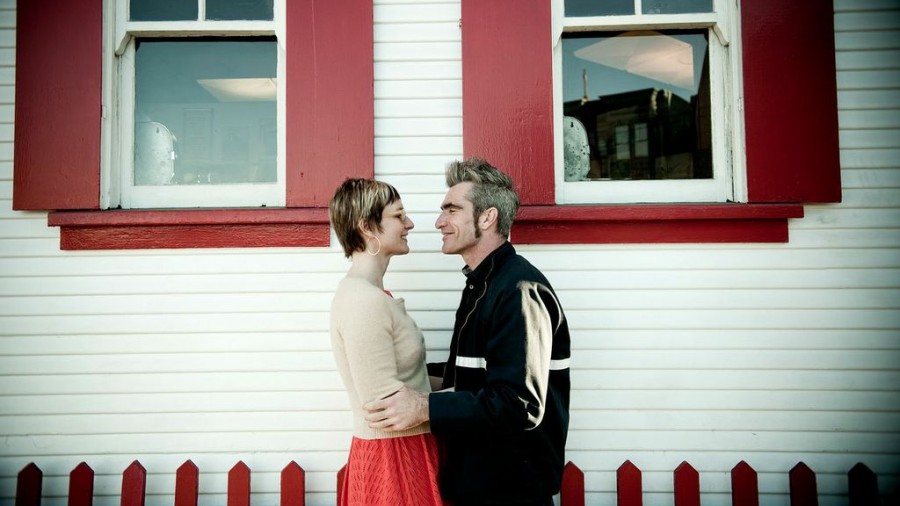 When and how did it hit you about the planning and organizing you had to do for the wedding?

It never hit me in the way that we are led to believe by magazines.  Just because other people get stressed out about weddings doesn’t mean it’s a given. The party planning aspect happened pretty calmly and naturally for us. The best move I made was finding a venue right away. We booked the first place we looked at, a private garden I found on AirBnB, about 10 months out. Once the venue is confirmed there is some peace of mind and structure, because you’ll use your location as the framework for all the other decisions. The rest of the standard things to consider (caterer, desserts, florist etc) we figured one at a time out over the next several months.

To what or whom did you turn to for help? What resources did you seek out, find, and utilize?

With guilty pleasure I immediately picked up 5 different Bridal Magazines from Walgreens, and they were all…generic and promoting expensive ideas and also “budget” ideas that didn’t seem very budget friendly to me. In short, I did not relate to them at all. I don’t think it was a total waste of time, it was still kind of fun in the way that it’s fun to read People Magazine for a joke, but I did not feel inspired.

I also glossed over a couple of blogs, but honestly there wasn’t anything there I really wanted to look at either. I ended up realizing that I just wanted to plan a fun party that happened to be my wedding, and I actually did not want to be persuaded by what I “ought” to do. I figured, if I didn’t think of it maybe it doesn’t really matter anyway?

Apart from event planning, I highly recommend getting a book about ceremonies. This was something we didn’t think about until later in the game. Since our officiant was a friend marrying people for the first time, none of us knew what we were doing. I got the book Sacred Ceremony by Dayna Reid and it spelled out all of the elements you could have in a wedding, including what is and what isn’t optional. There are also ideas for how to word your vows, which we wrote ourselves. Many wedding resources gloss over this part of the wedding in favor of wedding wear and event logistics/supplies. But it’s pretty important to have the ceremony suit you. Ours was very short by design, but it still took some design time.

How did you organize yourself throughout the wedding planning process? (paper, digitally, etc.)

Digitally! My husband and I shared a Google Doc of all of the different things we needed to buy, when we needed pay for it, and where the money would come from. We had a column for money paid and money owed, and we put numbers in red for payments due soonest.

Jaime also designed and organized her own wedding website complete with information guests would need, and later added photos of the event. Take a look! http://www.theweewedding.com/

What were your greatest successes and challenges when organizing the wedding?

We had great vendors for everything. The location hosts, the officiant, the caterers, the baker, my day-of coordinator, the photographer, the florist, and the musicians— they were all really true to what we would want for a gathering of any day. Some were already our friends, and others we chose were vendors who we’d want to be friends with. We decided early on that we wanted the party to feel like something we’d like to attend, and something we’d want to do whether or not it was a wedding. I mean, as long as you are budgeting for a wedding, you might as well just create a fantasy party scenario. We asked the founder of our favorite record label to perform. He didn’t know us from a hole in the wall, and he nonchalantly agreed! It was like we got permission to coordinate our dream circumstances.

One thing I am really glad I did was hire a day-of coordinator (Genevieve Roja /Lily Spruce). This meant that I didn’t have to pay for a full on wedding planner, but I also did not have to worry about vendors bothering me while I’m trying to just dress up and enjoy my wedding day. You could delegate these tasks to friends or bridesmaids as well, but I didn’t feel like managing my friends— a lot of them were in from out of town and I just wanted them to have fun. I am really happy to have hired Genevieve; she knew the right questions to ask because she has done this for a while. She lined the vendors and schedule up weeks out and was there with an assistant to greet all the logistics of the actual wedding day itself. Also, she met with us the day before the wedding to run through the ceremony and helped us figure out where to stand and timing and all that.

One point of mild stress was that the wedding was going to be outdoors in San Francisco. We scheduled it for a pretty non-threatening month (October), but still the weather can be unpredictable. I kept thinking of the October we got poured on during the Treasure Island Music Festival! But the weather ended up perfect— comfortable without a jacket! We kept an eye on weather in case we needed to plan for rain coverage.

Another point of stress initially was that the venue had some challenges—it was a non-traditional space with lots of nooks and crannies where people could trip, fall, or hit their head on something hard. This was not something we even thought about when we booked it, but at my first meeting on-site with the caterer she immediately seemed very concerned about liability. She was coming at it from the viewpoint that her staff needed to walk around with drinks and trays of food, guests would be wearing impractical dress shoes, and any children in tow might easily run off and get hurt. That day I had the sinking feeling we were doomed and it was too late for a plan B. But the caterer slept on it, plotted it out and decided she would make it work on her end. On my end, I made sure to warn guests of uneven ground and recommended sturdy shoes as part of the dress code. The lesson here is to think about the potential for accidents ahead of time and also make sure both your caterer and venue carry proper insurance. Everything turned out fine in the end.

Would you do it any different if you had to do it all over again? (not that there will be another wedding anytime soon).

I would have invited a few more people. When you are sending out invitations, you tend to feel like it’s going to get too crowded and you start making horrible lists of first tier vs 2nd tier friends. But some of the people who RSVP yes will need to bail at the last minute anyway. Since we had a buffet (which I highly recommend!) and not a plated meal with assigned seating, it was not necessary to think about costs in terms of exact head count. I didn’t fully realize that until after.

What advice can you give to someone who would need to organize a wedding themselves?

Make a list of all the things you need to spend money on and prioritize what you don’t want to cut back on vs what you could reasonably cut back on. For us, we didn’t spend a lot on the venue, but we knew that being cheap about the catering would just be the wrong corner to cut, so that is where the bulk of our budget went. The food was great and the included servers made it feel super classy. Also, if you have a skill, do not be afraid to offer trade for wedding products/services. I negotiated a web design trade with the jeweler who made our rings, and it helped a lot not having to pay full price for that along with everything else.

Who helped run the show? 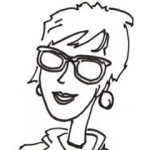 Jaime Borschuk is a San Francisco-based web designer and musician. She lives with her husband Thor and a grumpy cat named Lady Grey that prefers organic wet food and does not like vacuums or meeting new people. You can find Jaimie at jtotheb.com